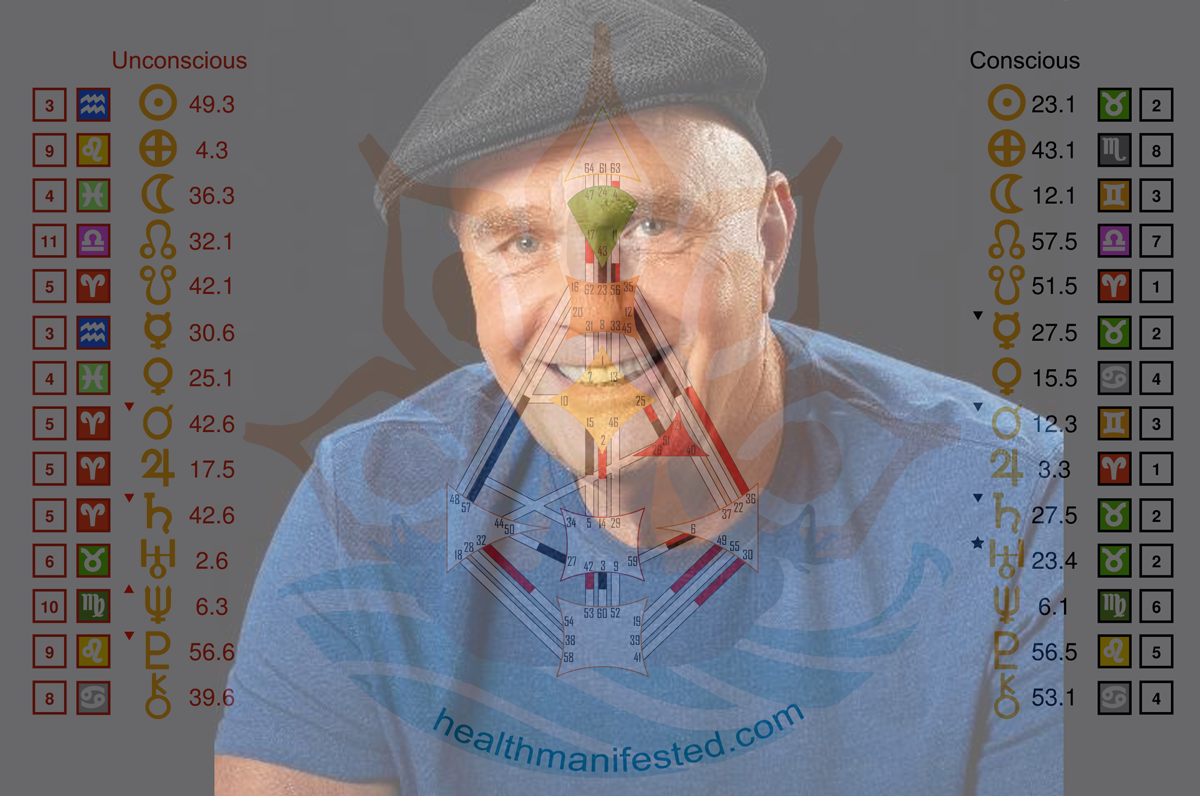 Wayne Dyer’s conscious Sun is in gate 23.1.  This is the gate of explaining in the Second house.  They second house is the house of material possessions. 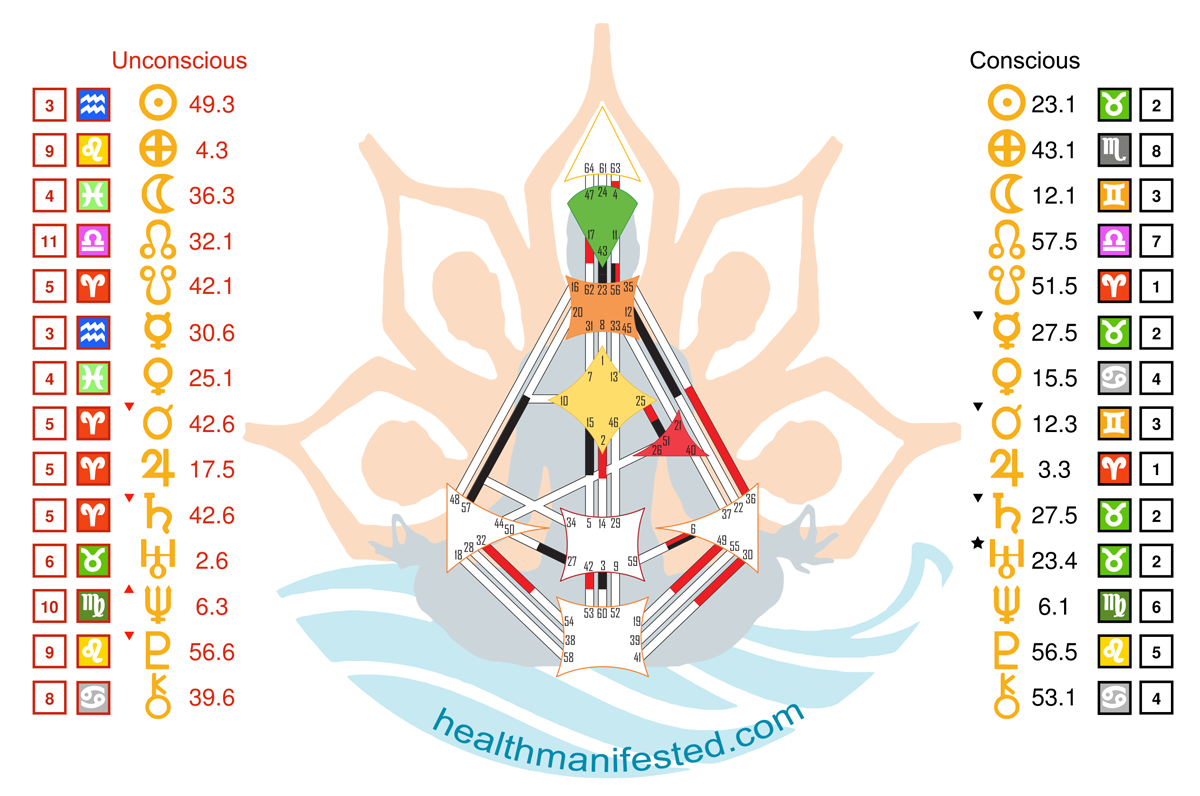 His unconscious Sun is in gate 49.3 and it is in the 3rd house.  This is the house of media, publishing and broadcasting.  Wayne Dyer used these energies to explain his beliefs and principles to the world through publishing books, being on talk shows like the Tonight Show and the Phil Donahue Show.  Wayne Dyer was married 3 times.  The gate 49 has been referred to as the divorce gate.  People with this energy really value their principles and beliefs.  He was also a 3rd line profile which is sometimes referred to as bonds made and broken.  His conscious Moon and Mars were in gate 12 which is the wordsmith and or medium.  He was very spiritual and wrote many books.  His North Node was in gate 57, which is considered the most intuitive or psychic gate in the chart.  He had his conscious Mercury in gate 27 which is the gate of caring.  He cared a lot about the wellbeing of others and the wellbeing of the planet.  He also had the gate 17, which is the gate of opinions and he spoke a lot about how upset he was about what Monsanto was doing to our food system.  His unconscious Saturn and South Node were in gate 42.6.  This is the gate of finishing things.  Wayne Dyer wrote at least 9 books.  It looks like he finished what he started.  He also had the gate 25.1.  He had cancer and went to see John of God and was miraculously healed of his cancer.  The gate 25 is a healing energy in itself.  He wrote a book called, Change Your Thoughts – Change Your Life.  We all have our Human Design and can learn from these energies, but always keep in mind that your thoughts are powerful and if you believe something someone told you based on a Human Design reading, you definitely can manifest it.  Think positive.  As Wayne Dyer once said, “If you change the way you look at things, the things you look at change.”