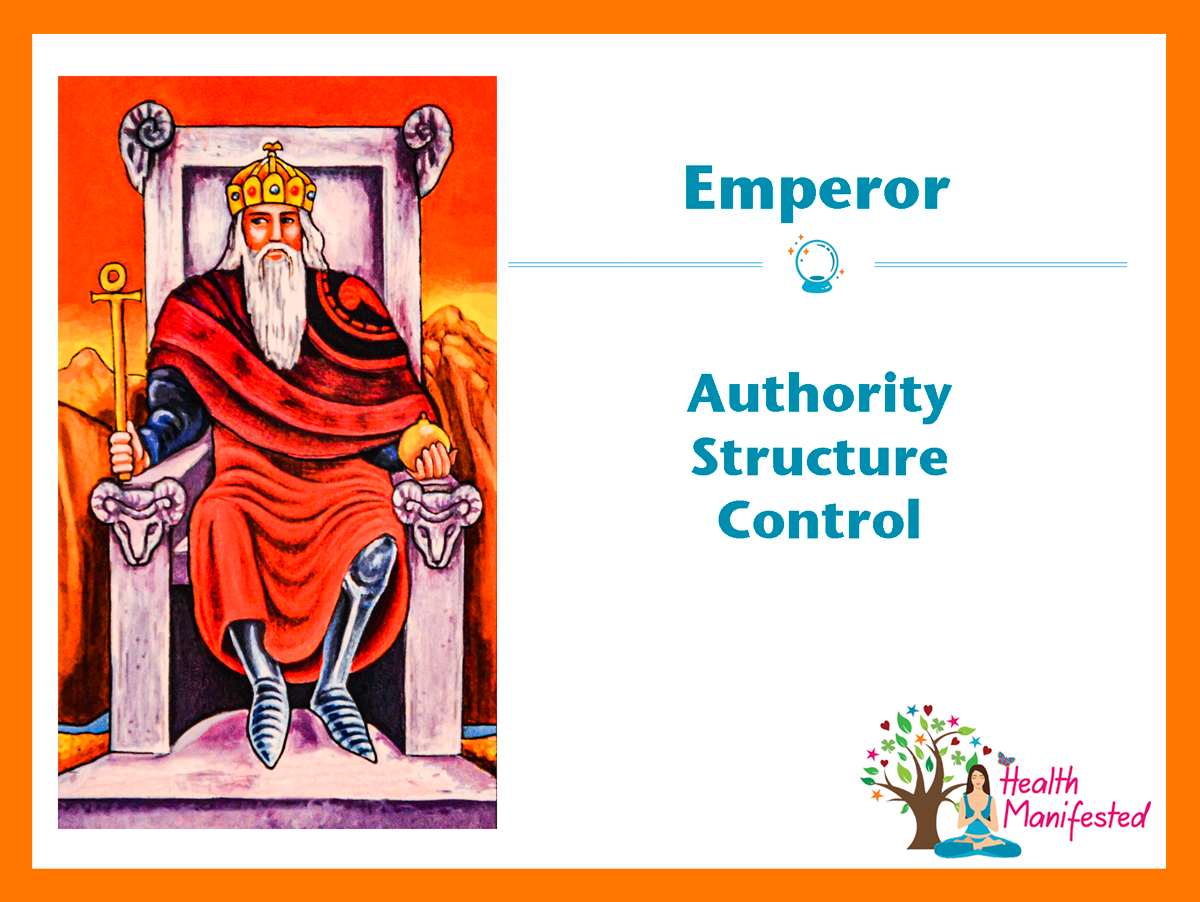 The Emperor tarot card portrays a father figure.  The rams on his throne represent the astrology sign Aries, spring, and new beginnings. The ankh he holds is an Egyptian symbol that represents life.  The orb he holds represents the world.  The red on the card presents power and passion.  He is wearing a suit of armor indicating safety.  His beard shows he is a wise old man.

Behind his throne looms a tall, impenetrable mountain range, signifying that he is backed by a solid foundation but resistant to making any changes unless he deems it necessary. Beneath the peaks flows a small river, giving some hope that despite his tough exterior, he is still an emotional being – it will just take a lot of digging and trust to open him up to his softer side. Below you can find the Emperor tarot card meanings for upright and reverse.

The Tarot card meanings are based on the Rider Waite tarot deck.

Would you like to get a tarot card reading?  If so, reach out to one of our Tarot card professionals.  If you are a Tarot professional, medium, psychic, or have another profession and would like to get more exposure, let’s team up.