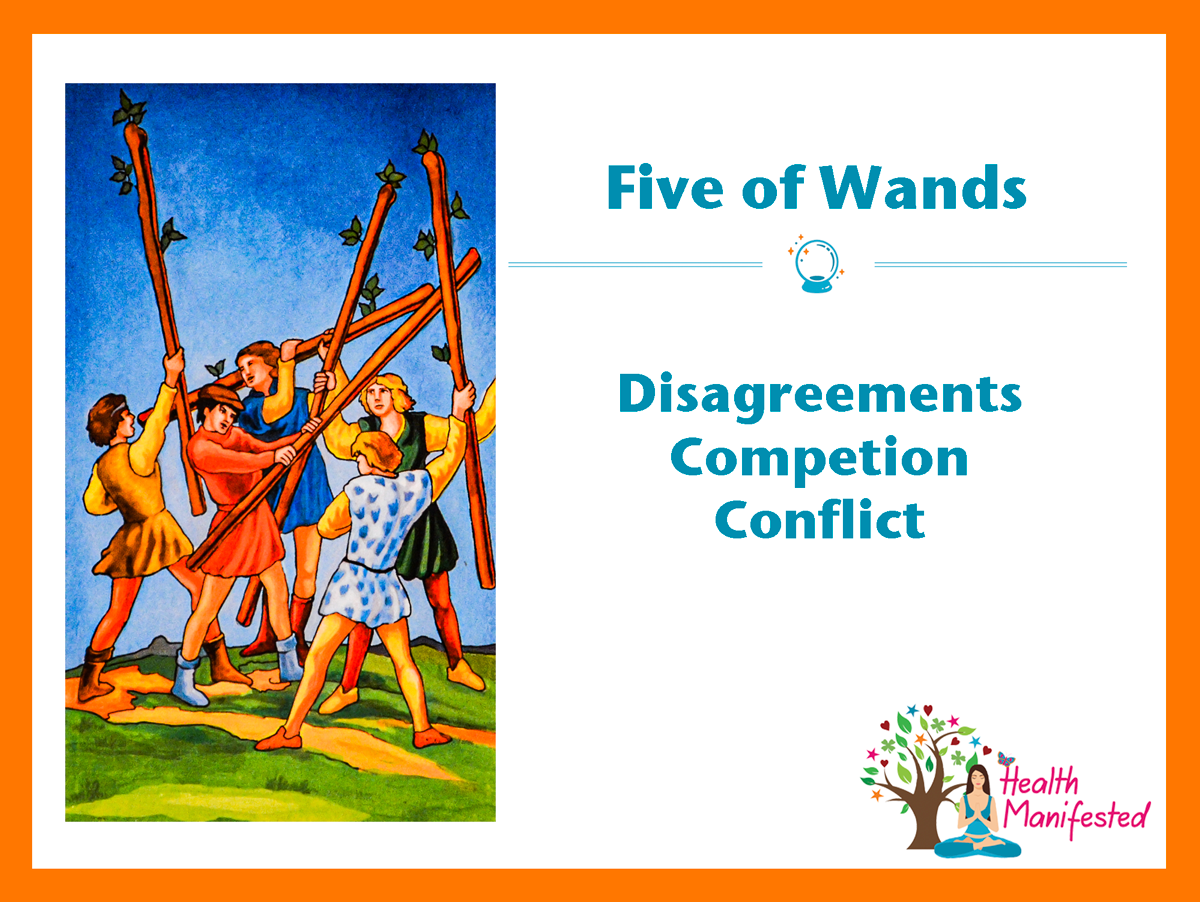 In the Five of Wands tarot card you can see five men that seem to be fighting each other with their wands. If you look closely you can see the wands aren’t actually hitting anyone, but it does appear to represent to be a conflict, competition or playing.  Each person is wearing a different outfit to show their differences.  The grown is mostly green, which can represent growth, but other areas of the grown are dirt and can represent something being unfinished or unable to grow.

Questions to ask when pulling the Five of Wands tarot card: