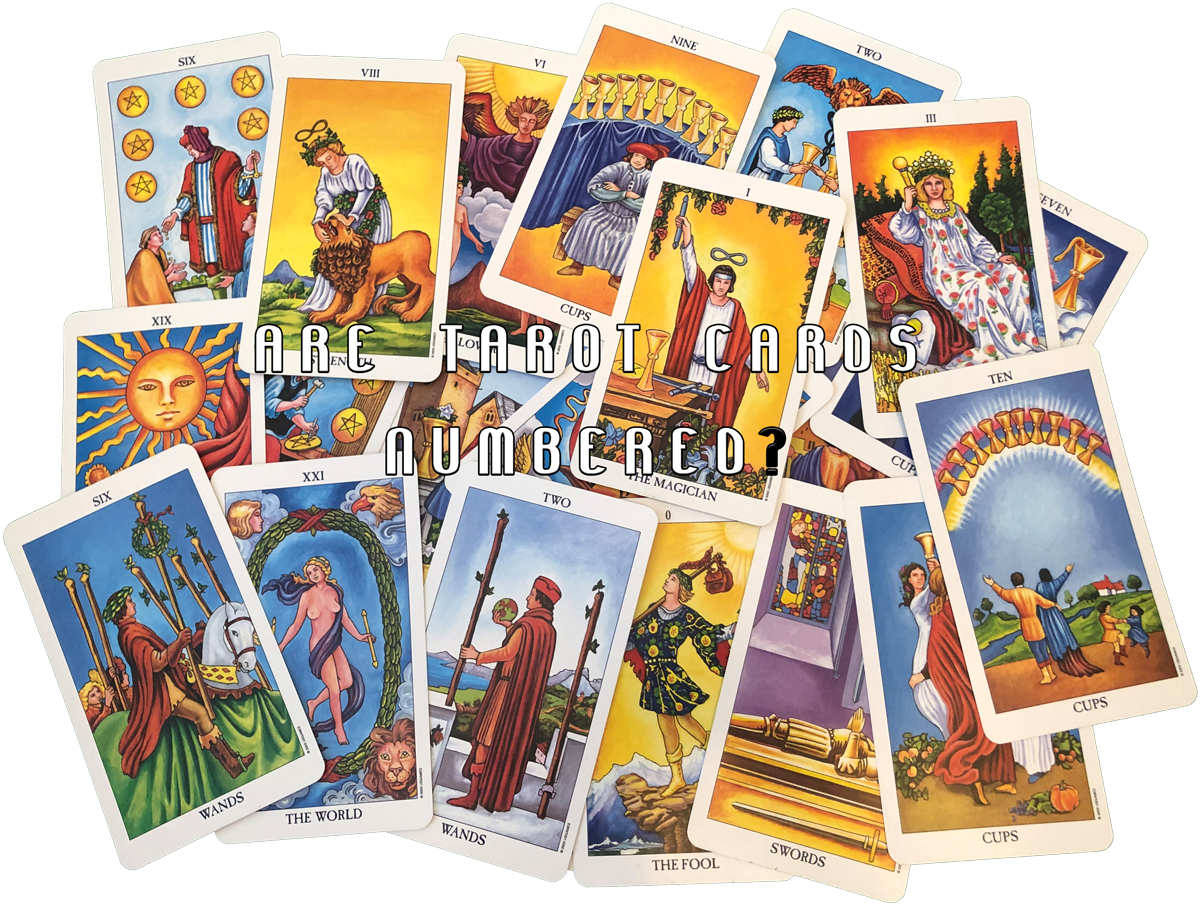 Tarot cards are numbered.  There are 22 Major Arcana cards.  The Major Arcana starts with the Fool card which starts as 0 and ends with the World card which is number 21.  If you buy the traditional deck.  They have roman numerals on them, but you can get other decks that use the numerical numbering system.

You can also check out our Tarot cards meaning blog to see all the Tarot card images and meanings and refer back to this list that shows the tarot card numbers. You can also learn about books and other fun tarot cards to purchase on your journey to learning tarot. If you are a Tarot professional, medium, psychic or have another profession of similar nature and you would like to get more exposure, we are now offering personalized profiles on our professional’s page.  If you would like to learn more let’s team up.